Coach Arron MacDonald welcomed back both Sonjay Williams and Mike Coumas from injury, and there was a debut for new signing from Division 1’s Essex Rebels, Mo Adepoju. 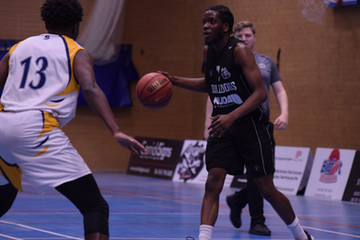 The Bulldogs started brightly, with Jonathan Bourne getting to the rim to score and creating for a three from Edga Lomsargis in the opening minutes, whilst the Bulldogs’ defensive intensity restricted ARU to tough shots, before Nick Fearon took over on offence for the Suffolk side, scoring 7 points and notching a pair of assists. A three-point play from Adepoju and a score from Williams saw the Bulldogs lead 25-21 after the first quarter.

The second quarter saw the hosts deal with fould trouble for Bourne, Lomsargis and Coumas, and they were held scoreless for the opening five minutes of the quarter as Rhinos went on a 14-0 run. The Bulldogs broke their duck in the quarter through Coumas, and traded baskets through the rest of the quarter, with Billy Smith also getting on the board as Bulldogs trailed 38-51 at the break.

The third quarter saw the Bulldogs once again get a foothold in the game, opening on a 15-6 tear with the group of Ben Pearce, Fearon, Smith, Bourne and Adepoju. However, foul trouble continued to be an issue for the Suffolk side, with ARU attempting double-digit free-throws in the quarter, as ARU changed the rhythm of the game. A pair of threes from Bourne and one from Adepoju saw Bulldogs going into the final quarter down 65-76.

The fourth quarter saw the Bulldogs struggle to get going offensively, as ARU held the hosts scoreless for the opening four minutes, building a 20 point lead, and whilst the effort was there from Bury, nine missed free-throws in the quarter didn’t help the home side’s cause as they fell to an 80-104 defeat.

After the game Coach Arron MacDonald had this to say:
“That we’re so disappointed with this result shows how far we’ve come – but it’s clear that we’ve still got a way to go.”

“I thought that in spells today, we played some excellent basketball, but we shot ourselves in the foot a few times. Offensively, we were one pass away from a great shot more often than not when we missed, and to go from being perfect at the foul line in the first half to 1/10 in the second half both really hurt us and allowed ARY to build their lead. Defensively, we contained the ball much better today, but our attitude and execution in help defence and dealing with their triggers has to continue to improve. Overall, I feel like we gave the top team in our league at the moment 20 minutes of problems – but we allowed them to control the other half of the game, and that’s what’s led to our disappointment – as we know we’ can be better than we showed today.” 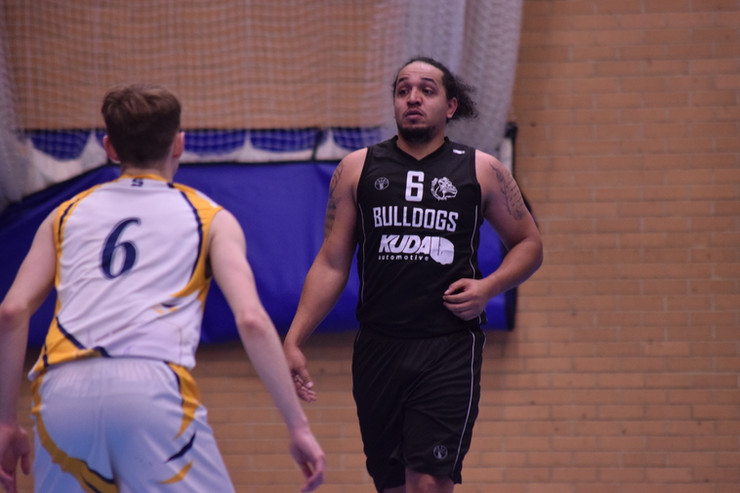 The Bulldogs National League Men are next in action against University of Hertfordshire Storm away on 5th February, before returning to Culford to face Northants Titans II on 12th February.