Bury St. Edmunds Bulldogs Senior Men’s Local League side got back to Suffolk League action on Sunday as they hosted Brightlingsea Sledgehammers at Culford Sports Centre. 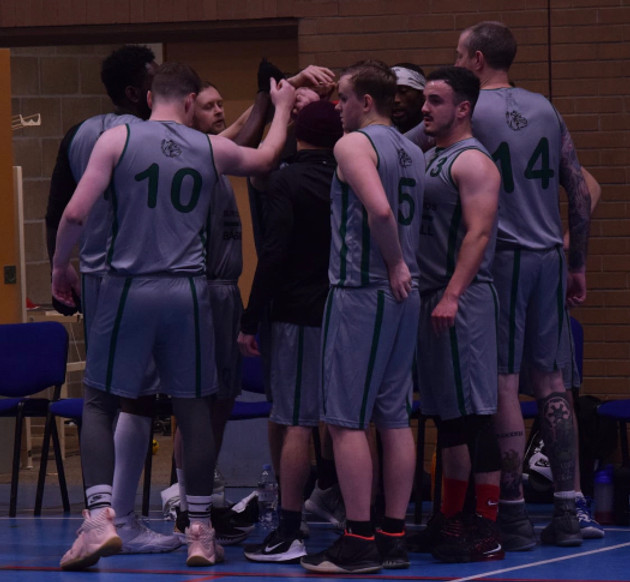 Ernest Isokpehi and Jay Trye got the Bulldogs going early on, scoring eleven of fourteen points for Bury to end the first quarter ahead by one. Oliver Cowling then found his rhythm in the second quarter to help extend the lead to 34-25 by halftime.

Bury remained in control for much of the third quarter until Sledgehammers offence started to click and pulled back five points over the last three minutes. Bury switched to a man to man defence at the beginning of the fourth quarter but without success. An 11-2 run by their opponents left them trailing by five. Returning to their zone defence the Bulldogs responded. Seven straight points by captain David Wise put them back in front, then the teams traded baskets and Bury had a slim lead going into a tense final minute. A Brightlingsea three pointer tied the game before Jason Sykes found Collins in space on the baseline, who drove for a layup to seal the 64-62 win.

After the game Bulldogs Coach Glenn Collins had this to say: “After playing several close games without getting wins this one feels really good. Although we led for a long time Brightlingsea are such an experienced team we knew they would stay in the game to the end. Tonight we needed resilience and the lads showed they had it.”

Next up for the Local League Men in the Suffolk League is a visit to Clacton Cannons on Friday 10th December, 7:20pm at Tendring Education Centre.