Despite some scrappy play on the first quarter the Bulldogs managed to get some points on the board. All five starters scored in the period, with guards Ollie Barrett and Olly Cowling standing out, as the home team built a 24-8 lead. The second quarter was much closer. A strong seven point effort from Ernest Isokpehi aside, the hard work of St Neots and generally sluggish play from Bury resulted in ten minutes of trading baskets. Halftime score 39-19. 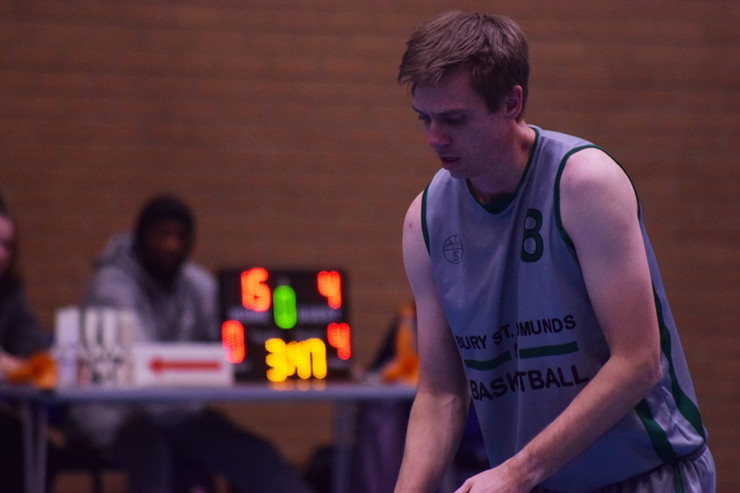 The Bulldogs rediscovered their rhythm in the third quarter with a renewed effort on defence and better movement on offence. The Storm scored the first five points but Bury responded with a 32-8 run, capped by Kienan Wade’s first points as a Bulldog, to put the result beyond any doubt at 71-32 with one quarter left. Nothing changed in the final ten minutes as the Bulldogs stayed on top, finishing with a 91-40 win.

After the game veteran Bulldogs big man Neil Thompson summed it up: “In the first half we played like we deserved to win. In the second half we deserved to win because of the way we played.”
Coach Glenn Collins added: “We were ahead at halftime but none of us were happy with the way we were playing. Their defence stopped us getting easy baskets and we let them slow us down. We discussed it at halftime and the response was great to see.”

Next up for the Local League Men in the Cambridge League is a visit to Huntingdon Hawks 2 on Wednesday 15th December, 8:15pm at Hinchingbrooke School.